CRAZY MARY in THE FIRE

Check out the article I wrote for THE URBAN CAMPFIRE about Crazy Mary’s New Album “Dreaming in Brilliant Color”. Read below or click on THIS LINK 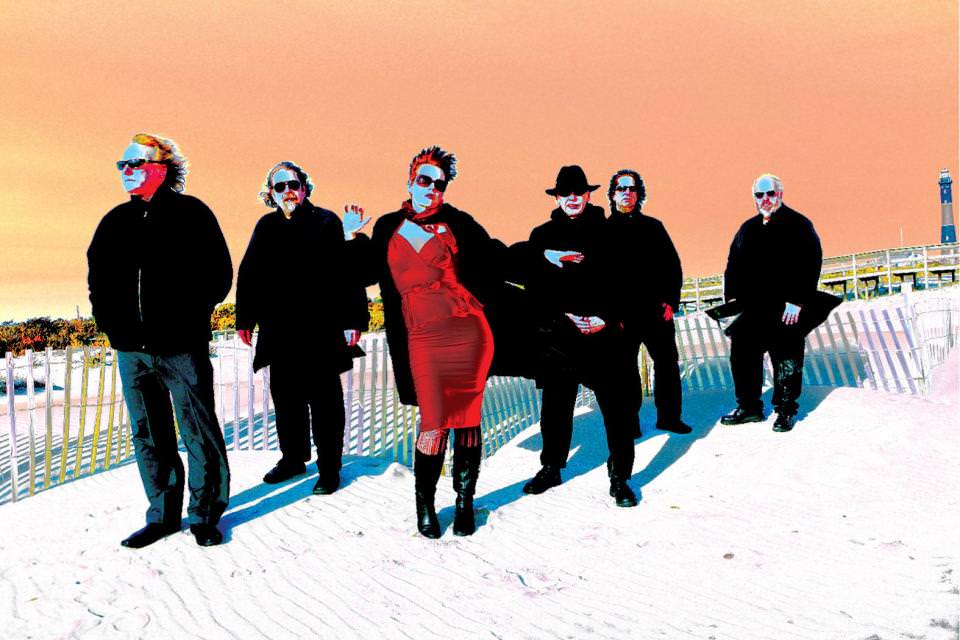 The Birth of an Album.

‘It’s a story that has to be told. If you like the music that is good but if you take the time to listen then there is something really there – something deep’. Walter Steding

Everyone has a story. But sometimes you find yourself written into a story you couldn’t conjure at will. You just don’t know how you got to the point you’re currently at. You find yourself humming and pondering the thought, what if life were but a dream and I sang in a rock and roll band? Well I’ve been dreaming in techno color lately and I hear a beautiful sound. It’s the sound of music lulling me like vast oceanic expanses whispering tales of travel and history, of moments already passed into memory. Yes I’ve been dreaming in brilliant color and it’s a strange and wonderful movie where I’m the lead singer of ‘Crazy Mary’, a six-piece rock n’ roll explosion and we just finished our new album ‘Dreaming In Brilliant Color’.

‘Dreaming in Color’ reminds me of when Dorothy lands in the Wizard of Oz and the saturated hue of this strange new world brings such relief to a black and white existence. With six unlikely members the gang that makes Crazy Mary is equal to the motley crew Dorothy is rolling with on her journey to the emerald city. It’s just that this adventure is a little more punk, a little more country, and a lot more rock and roll. This is music is destined for travel, for movement. It encapsulates a rich collage of moments and just like a crazy dream you could find yourself dancing in the basement of a New York club one moment or swimming with whales with tattoos on their tails the next. You’ll want to listen to this album in your car, on your ipod, on the train with the landscape blurring past you. It inspires images of psychedelic color like Dorothy’s dream in that poppy field before those freaky monkeys captured her.

The band is brimming with an enthusiasm for music itself and the act of playing live. With eclectic influences Crazy Mary is inspired by nostalgia for a magical time in New York when music was revolutionary and a song communicated something meaningful but in a playful way. Founded in 1998 By Charles Kibel (lead Guitar), Crazy Mary is a true collaboration of creative forces. Having bought a new Gretsch guitar recently, Charles was so inspired by the shiny new sound that he wrote the majority of the guitar leads for ‘Dreaming in Color’ in one sitting. Walter Steding keeps it real on the old school side by representing the downtown CBGB’s vibe. Having been there back in the day playing his electric fiddle and opening for acts like Blondie and the Ramones, Walter was managed by Andy Warhol and is too cool for school. Then there’s Nick who always keeps a beat driving and surprising while Parker elevates the mood on keys with his Leslie speakers, appeasing your senses. And then there is the Wizard of Bass, Armand Military. He brings the funky town. The whole clique is a wicked witch of a mix.

And then there’s me, Miss EMZ. I’ve been singing with Crazy Mary for five years and loved the journey. There’s no place like home and it seems I’ve found mine in this music. I love working with Crazy Mary and “Dreaming in Brilliant Color’ is a unique collaboration of unlikely suspects inspired by a moment in time. The big city of dreams doesn’t disappoint and neither does Crazy Mary! The time is right for some color in your life.

Posted in Band News
Do NOT follow this link or you will be banned from the site!
×

Dive straight into the feedback!Login below and you can start commenting using your own user instantly