Crazy Mary carries the flame for a time when downtown Manhattan was at its post-punk apex – gritty, smart, artful, edgy and sexy, before its soul was taken over by corporations. But true to the ideals of the era from which they emerged, the band remains fully engaged with the modern, eschewing sentimentality and nostalgia. Their new album, Ripples Of Chaos (Humsting Records 2016), carries their music forward and keeps their mélange of psychedelia, tribal music and Velvet Underground inspired no wave very much alive and well.

Crazy Mary began in 1998, founded by guitarist and songwriter Charles Kibel, a veteran of the Lower East Side rock scene, and drummer Nick Raisz. With seven studio albums to their credit (and two remix albums), the band has enjoyed extensive college radio play, favorable reviews in the New Yorker, the Boston Globe, the Village Voice, and by NBC Nightly News anchor, Brian Williams. In addition, they’ve played several festivals, including CMJ, the Howl Festival, the Nemo, Midpoint and others. In 2016 Crazy Mary was named a top 30 love band in New York City by Aquarian Weekly. In the past two years Crazy Mary had successful shows in Hollywood’s famous Whisky A Go Go, sharing the bill with Iron Butterfly and Las Vegas’ Double Down Saloon, expanding their audience to an ever larger crowd.

The band is rounded out by vocalist Emma Z, The Wizard on bass and especially Walter Steding on fiddle. The Australian native Emma Z’s intense and driving vocals have brought a new dimension to the band. And Steding, who has been contributing to the band since 2002, has now become a full time member, bringing the full depth of his talent, experience and pedigree to the band. 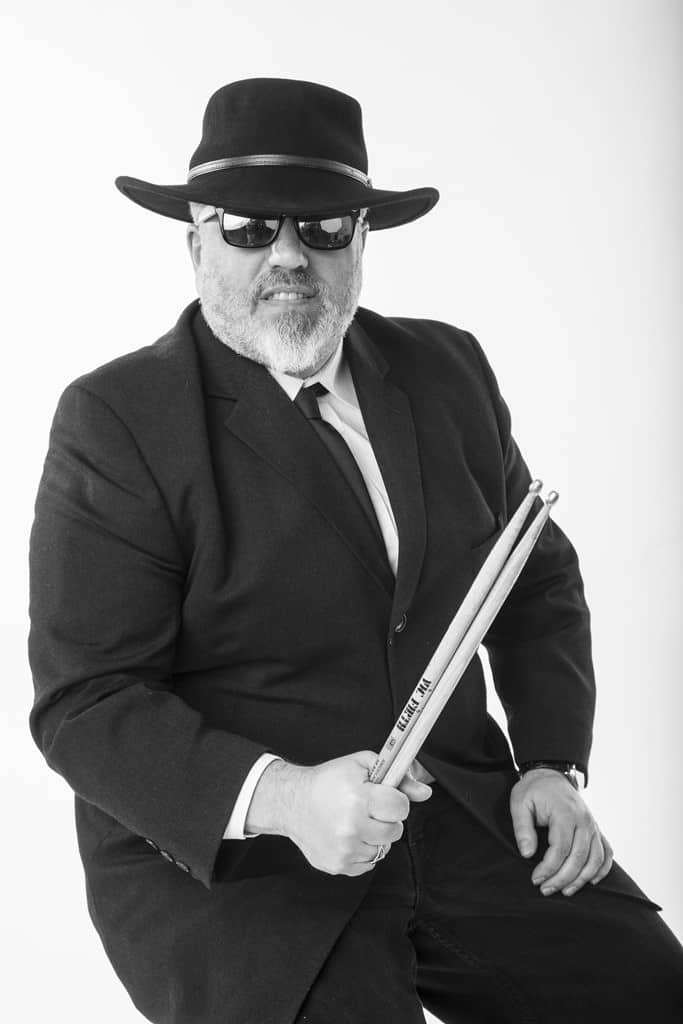 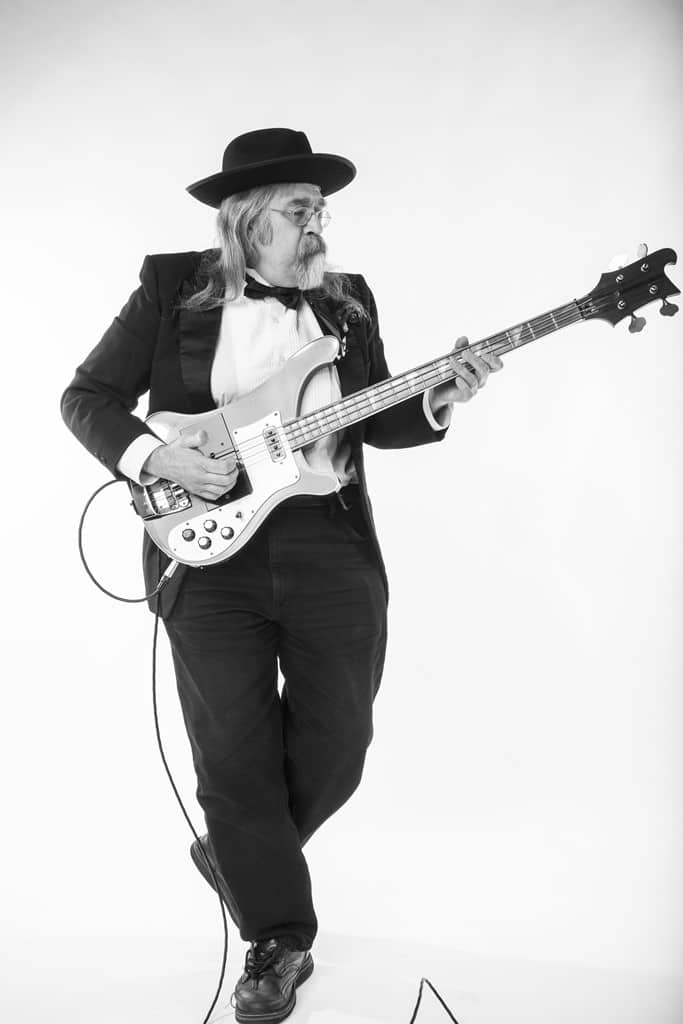 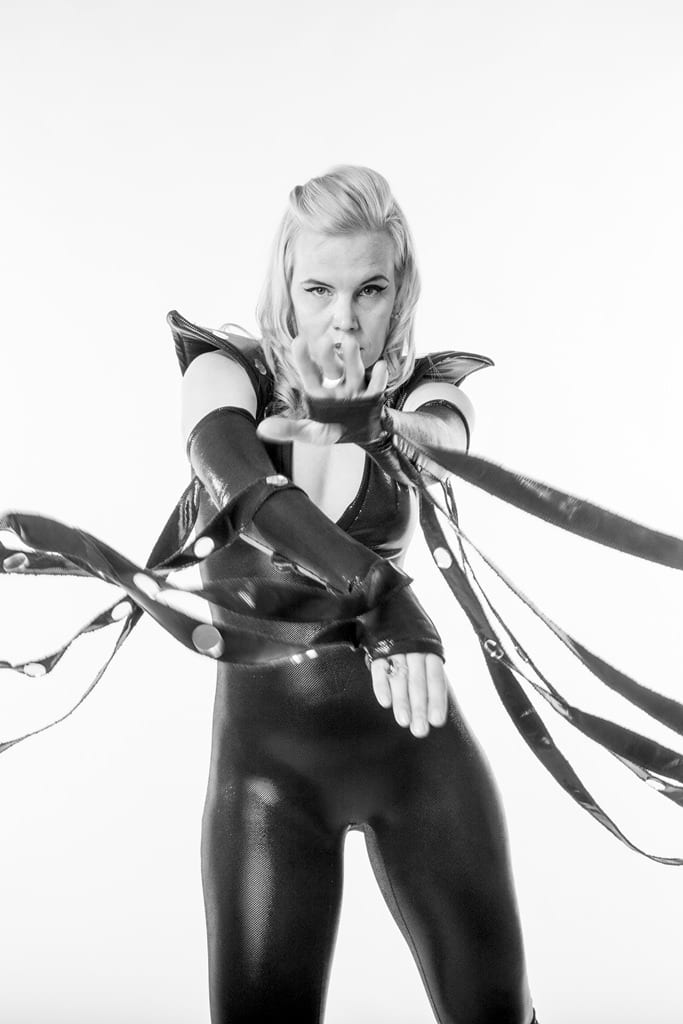 Introduced to the band by Blondie founder Chris Stein, Steding was a pioneer of the No-Wave movement in the late 70’s, the leader of the TV Party Orchestra, Glenn O’Brien’s TV-show house band, in addition to recording with luminaries such as Robert Fripp and Jim Carroll. A solo artist in his own right, Steding was managed by Andy Warhol, for whom he worked as a painting assistant from 1980 up until Warhol’s death in 1987. Warhol produced Steding’s solo album, thereby earning Steding the distinction of being one of the two artists Warhol ever produced – the other one being the Velvet Underground.

Steding brings an incredibly emotional style to the band, and his term for the way his style of playing is “hand diatonic glissando,” a way of sliding into the notes on his fretless violin. As he explains, “I use every note in the scale and I hit every vibration – so I can cover the spectrum of both western and world music. I try to play something that you’re familiar with but is also beyond the familiar.” where Steding’s fiddle runs run the gamut from the melodic to the atonal, reminiscent of John Cale’s viola work in the Velvet Underground.

Produced by Kibel, and longtime engineer Michael Caiati, the songs on Ripples Of Chaos were created with the intent of finding a groove that makes you uncontrollably move your body. Some tunes are hard driving rockers, others slow and sexy while some are psyched-out experimental, but all will make you want to get up and dance. Legendary photographer Marcia Resnick shot the band photo. Fashion photographer Thomas Evans took the cover which was shot in ultraviolet black light with Emma donning makeup by Mike Potter of Hedwig and The Angry Inch fame. Mike was the lead singer in a band with Nick and Charles. As Crazy Mary’s previous release, Dreaming In Brilliant Color (Humsting 2012) catapulted their career, they hope that Ripples Of Chaos will take them even higher.

Do NOT follow this link or you will be banned from the site!