Crazy Mary just shot a video for Wrong Place at the Wrong Time off of Ripples of Chaos.  It was directed by Thomas Evans and shot by Mikhail Torich, with makeup by Charles and Nick’s former bandmate, Mike Potter.  The video features many beautiful drag queens including Monique Fontaine, Joseph Cassise III, Sherry Pie, Phaedra Phaded Gerakas, and Tayda Lebon.  The band was also joined by Robert Aaron and Zandrina Stewart was were on the studio version of the song, as well as Jo Marie Moldovan.  Also helping us out as audience members were Don Sztabnik and his dog, Molly and Thomas Walsh. 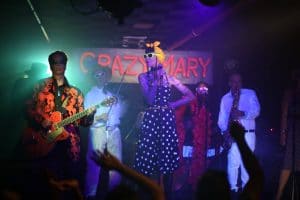 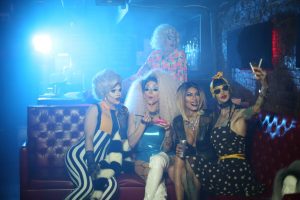